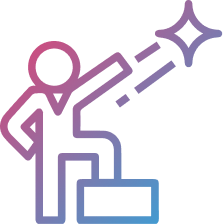 The Hub will act as a forum to facilitate important discussions between academics and entrepreneurs from the Hub with senior policy makers and leading industry experts.
‍
The Hub plans to organise three academic and policy conferences, possibly in conjunction with Algorand partner universities or with other leading universities. These conferences plan to bring together leading academics in the areas of the work streams as well as senior policy makers and industry participants.

The intergovernmental fintech working group (IFWG) is the premiere forum for fintech discussions on the intersection of industry and policy in South Africa. It brings together over 200 industry participants and government officials and so far has been sponsored by the South African Reserve Bank. Home to the South African Research Chair, the Financial Innovation Hub will host the annual IFWG meetings in Cape Town.
Furthermore, the Hub will organise ad-hoc industry and policy workshops on specific topics. Practitioner workshops with industry experts will provide a great environment to build a network of contacts.

The world is changing at a rapid pace, and this is having consequences for Central Banks across the world. Globally, central banks are starting to see the advantages of Central Bank Digital Currencies (CBDCs). 90% of central banks in the world are exploring issuing a digital currency, with a growing number of them being on the African continent. The Central Bank of Nigeria (CBN) and the South African Reserve Bank (SARB) have been the most advanced on the continent in terms of CBDC development. 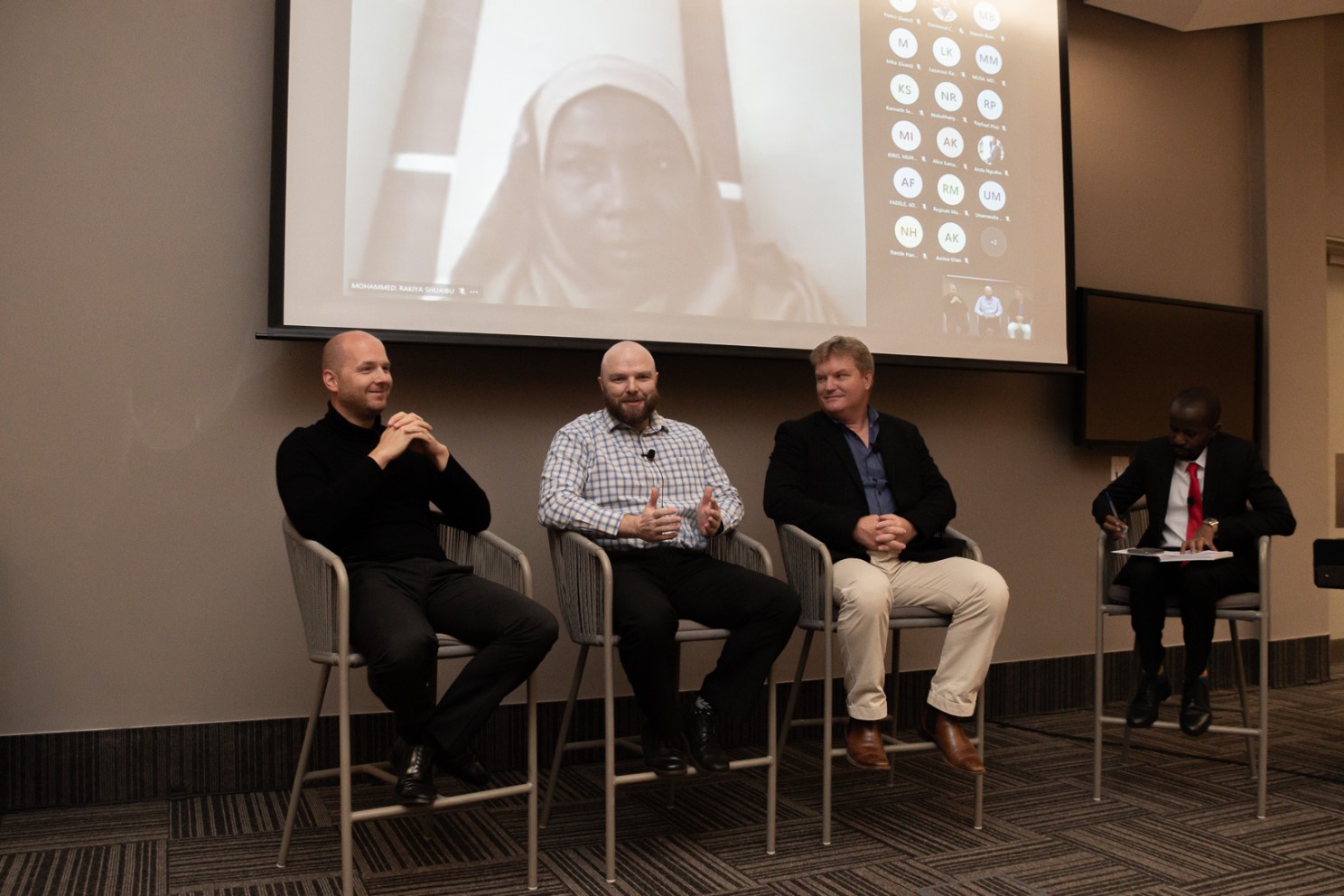 Given all this activity around CBDCs on the continent, the Algorand-UCT Financial Innovation Hub hosted its inaugural CBDCs in Africa Symposium at the UCT GSB Academic Conference Centre. We brought together representatives from various African Central Banks, leading academics, and representatives from industry to discuss the impact of CBDCs and ongoing payment innovations. The symposium consisted of two-panel sessions that explored African Central Banks and their Digital Currencies, CBDCs, and ongoing payments innovation. Both panels were moderated by Carlos Mureithi, a former Quartz journalist who recently joined OCCRP.

In our first panel, we had Rakiya Mohammed from CBN who was instrumental in the recently launched e-Naira, Gerhard Van Deventer from SARB who participated in Project Dunbar, Hub Director and UCT Associate Professor Co-Pierre Georg and Peter Munnings from Adhara – a leading financial software company that has developed a leading CBDC suite aimed at Central Banks. Co-Pierre and Peter kicked off the discussion about the evolution from wholesale CBDCs to retail CBDCs and now mCBDCs and whether we really need both forms. Gerhard from SARB was able to offer insights into mCBDCs given his involvement in Project Dunbar.

“The decision that central banks make around infrastructure matters. Before acting, we must think about implications and be deliberate and that policymaking and designing must be agile and adaptive.” - Gerhard Van Deventer.  Project Dunbar is an mCBDC. Gerhard discussed the reasons for this experiment – one key question he said SARB was left with was how governance would work when it came to mCBDCs in terms of AML when it comes to onboarding different banks.

Rakiya Mohammed gave her insights on crypto regulation in Nigeria and its impacts on their newly launched CBDC. As the first African country to launch a CBDC, Nigeria experienced some challenges. One key finding was that the eNaira has the potential to improve financial inclusion and grow the economy. She explained how Nigeria began by strengthening their crypto regulation first before launching their CBDC given how CBDCs find their roots in cryptocurrencies.  “There were plenty of learnings and it has been a continuous process of learnings,” Rakiya Mohammad.

The second panel consisted of Pietro Grassano from Algorand, Jan Pilbauer from BankservAfrica, Andries Brink from the 42Markets Group, Pierre Durandt from Sumbion SF and James Wallis from Ripple. This panel discussed modern-day payment systems, a world with a wholesale CBDC and whether this would lead to big changes in the interbank market. This panel also discussed how blockchain can facilitate interbank payments on par with current payment systems. 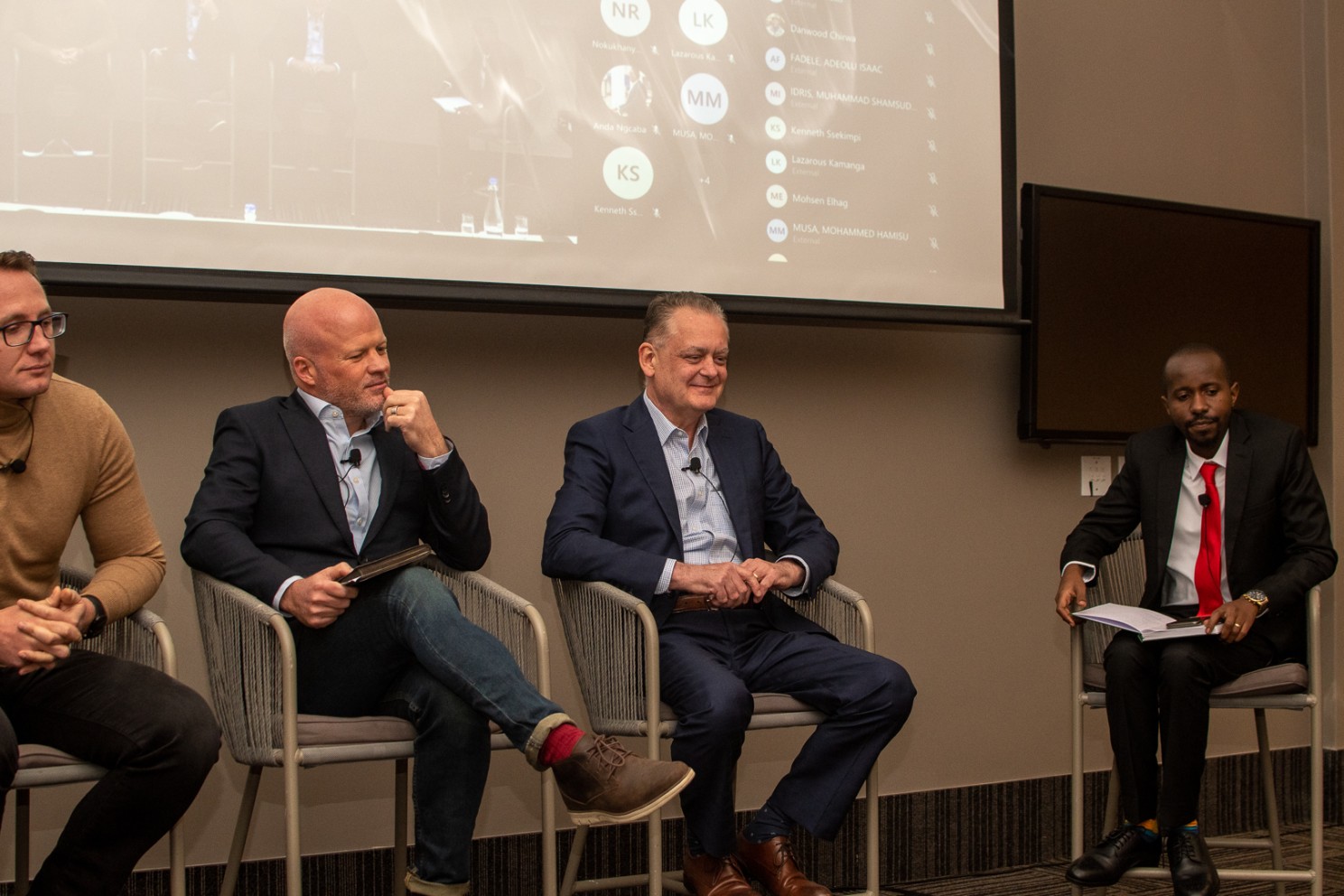 This panel then turned their attention to Project Khokha and other projects that found that blockchain can facilitate interbank payments on par with current payment systems. While the vote was split on whether our current payment systems are broken and need a complete overhaul, our speakers were able to agree that a new payment system is not a magic wand that will make the financially excluded included. This is for a multitude of reasons – one being the closed loops which make it difficult and cost-ineffective which is why the majority of South Africans still transact in cash. The panel then turned its attention to retail CBDCs, particularly in Africa followed by a debate on whether retail CBDCs should become legal tender. This debate offered the audience interesting perspectives. One of these came from Pierre, “it’s important when developing a payment instrument that it has characteristics of (i) ease of use (ii) accessibility (iii) ubiquity and (iv) utility. As this is what will make adoption easier for consumers thus increasing prospects of financial inclusion and not necessarily the status of whether it is a legal tender or not.” 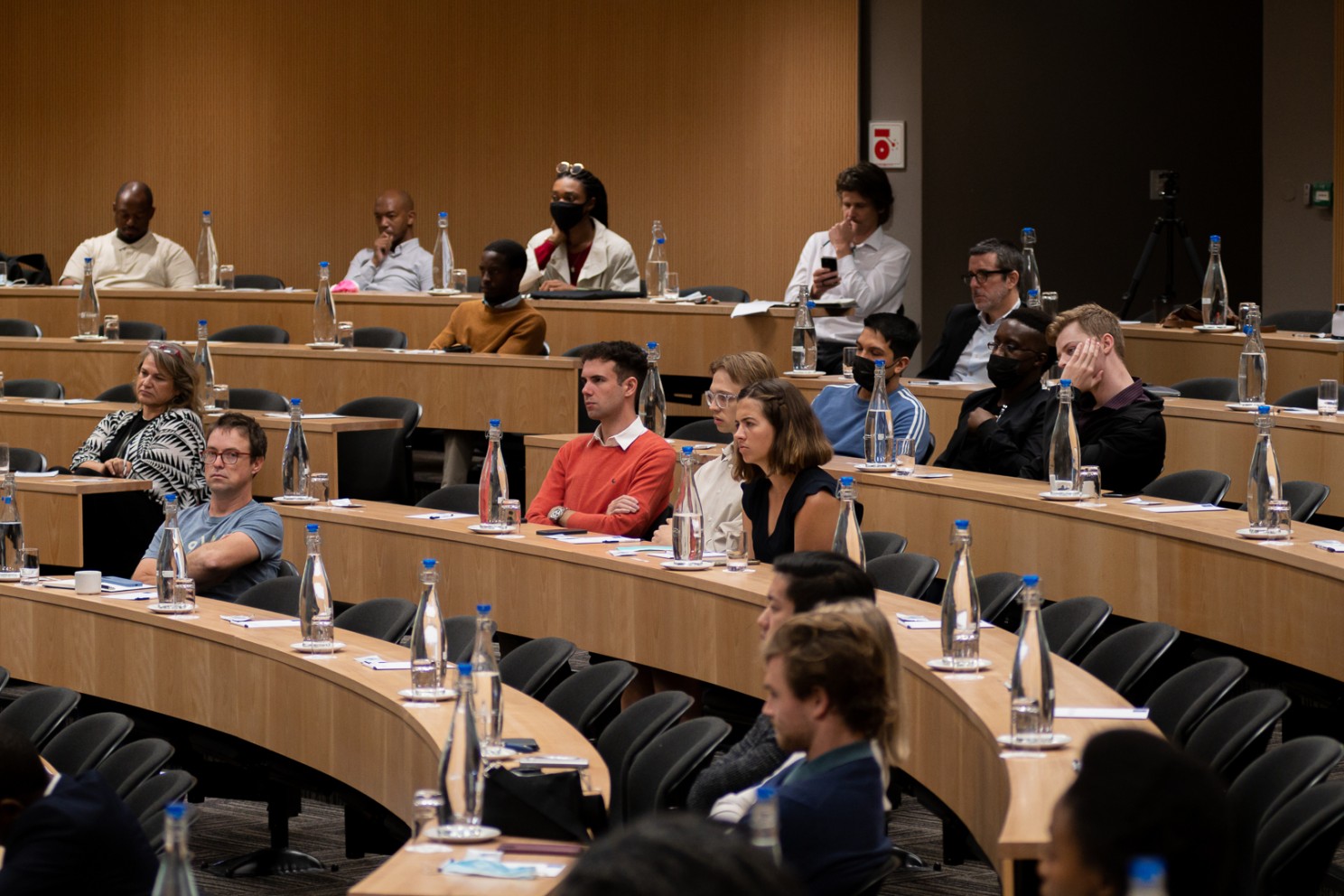 A recurring theme from both panels was how do CBDCs solve financial inclusion (if at all) and what is the purpose of CBDCs. This is particularly important on a continent where 57% of the population remain unbanked (limiting their access to financial services) and where a digital identity is not as prominent. James agrees that while digital identity is an issue and cannot be ignored, CBDCs bring the potential for financial technology companies to enter the space and provide low-cost products for the financially excluded.

Interestingly a comment from the audience that “without an ID there is no financial inclusion,” paved the way for future conversations around the impact CBDC adoption has on financial inclusion in Africa. As more African central banks explore the feasibility and advantages of CBDCs through trials and research there is a clear need for Pan African collaboration. We hope to continue this conversation as we plan future engagements at the Algorand-UCT Financial Innovation Hub.

TheUniversity of Cape Town’s (UCT) MPhil in Financial Technology class of 2021, along with the newly established Algorand–UCT Financial Innovation Hub, recently travelled to Zug and Zürich in Switzerland to learn more about disruptive fintech technologies.

Also known as “Crypto Valley”, Zug is home to the world’s leading blockchain companies and foundations. Recent reports estimate that there are 960 crypto and blockchain start-ups in Switzerland, making it the most ideal location to learn from the worlds greatest. The group were hosted by companies such as Flovtec, Vereign AG, Cardano Foundation, Algotrader and Bitcoin Suisse. During the sessions with these companies, students were given an opportunity to hear from founders and senior executives about the growing blockchain ecosystem in Switzerland.

The group also participated in a bilateral workshop hosted by the University of ZurichBlockchain (UZH) Center. This workshop had presenters from both UCT and the UZHBlockchain Center. Titose Chembezi and Francisco Rutayebesibwa presentedNautilus Wallet. PhD Candidate Julian Kanjere presented FoodPrint, a blockchain start-up that he established during his MPhil in Financial Technology studies.Takunda Chirema from the Algorand–UCT Financial Innovation hub also had the opportunity to present Axone, a non-fungible token start-up he developed.

“The FinTech study tour to Switzerland was a peek into what is happening on the global scene with blockchain technology. Seeing crypto ATMs, bitcoin cards and even crypto asset service provider ads on airport billboards gave a strong sense of the art of the possible when regulators, innovators and citizens find common ground and adopt this emerging technology,” said Kanjere. “The highlight for me was spending a day in Zug … where the drive and passion for innovation from each blockchain start-up we engaged with was palpable and infectious!” RachelSwallow, another student on the trip, added: “The study tour was amazing –definitely opened my eyes to opportunities and new ways of thinking. All the speakers we visited were so interactive and happy to answer all our questions.Switzerland was beautiful and I loved exploring the city on our days off.” ForFrancisco Rutayebesibwa, the study tour was a unique opportunity to gain insights on how blockchain-based companies operate and manoeuvre through this space. “The bilateral workshop with UZH was my standout as it promoted collaboration and knowledge about the latest research being conducted in the blockchain space,” he said. Liso Nyandu echoed the rest of the group’s sentiments: “The whole trip was incredible. I’m so grateful for the opportunity to see a different part of the world, to learn and be inspired.”